Know about Antibiotic Resistance and ensure its Consumption as prescribed 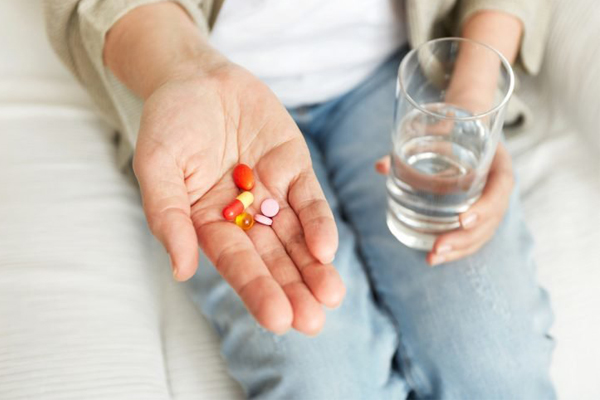 Antibiotics are considered to be strong medicines used to treat bacterial infections generally. It is a kind of antimicrobial substance that is active against bacteria. In fact, it is the most vital antibacterial agent used by doctors to fight or stop bacterial infections. Due to lack of awareness, many people take it even in fever, viral infections, or use it as a painkiller! This is why we all should be aware of how do Antibiotics work?

Consumption and Usage of Antibiotics

On average, 2 million people in the U.S, get infected with bacterial or fungal infections every year. Due to improper or overuse of such heavy medicine on a regular basis, it is very likely to have developed an Antibiotic resistance over the years. As featured on Victoria Advocate, 23,000 people approximately have been reported dead due to this resistance.

How we use this medicine is the most significant factor leading to its resistance around the world! As per the Centers for Disease Control and Prevention (CDC), enhancing the approach of healthcare professionals in the way they prescribe antibiotics, as well as the way we consume antibiotics, shall help us fight antibiotic resistance. Also, the legal authorities and health advisers shall ensure that these medicinal drugs are accessible for the ones who need them and safely consumed.

Awareness among the General Public:

The World Antibiotic Awareness Week 2018, which is held from 12th to 18th November, every year aims at escalating the global awareness of antibiotic resistance as well as encourages the best practices amongst the general public, healthcare professionals, and policymakers to keep away from any further emergence and increase of such resistance.

In the U.S, Antibiotic Awareness Week is celebrated annually for about a week with an aim to raise awareness about the usage and consequence of appropriate antibiotic use. This Awareness Week program highlights the efforts to improve antibiotic prescription and usage in the community. This, in the long run, shall help to combat the threat of its resistance amongst the consumers.

Side Effects of Antibiotics and Proper Consultation:

It is always advised to consult a doctor before consuming any of such heavy drugs. Antibiotics are most likely required for treating certain infections, and they do not work on viral infections, such as cold, flu, or bronchitis for that matter. That’s why it is important to know what works when! Professional guidance or appointment with a doctor would make it very clear on its usage; post which you may safely buy the prescribed drugs from a trusted online pharmacy.

If your doctor is hesitant to prescribe you antibiotics then it is advisable to keep away! An antibiotic can save lives but, has its own side effects as well. They directly affect your digestive system if consumed wrongly and cause vomiting, nausea, bloating, diarrhea, abdominal pain, and loss of appetite.

Antibiotic resistance or similar diseases are not limited to a certain age group but, are now a potential threat to the community! Unknowingly, a few of us put ourselves at a huge risk of developing antibiotic-resistant infections which may further lead to chronic illness if not treated well and on time. These infections can spread from a person to person or even from non-living sources from your surroundings, including food.

To avoid such unfavorable circumstances, we should be aware of its side effects and it is also important for us to take antibiotics only or as and when prescribed by a medical professional. Stay Aware, Stay Healthy!